Welcome to Hampstead Faces Volume One.

“If you only buy one book this year – you should really try to buy a few more books. But don’t miss Hampstead Faces Volume I – we are all lucky to live in this green little corner of heaven, and even luckier to have this book.” - TONY PARSONS 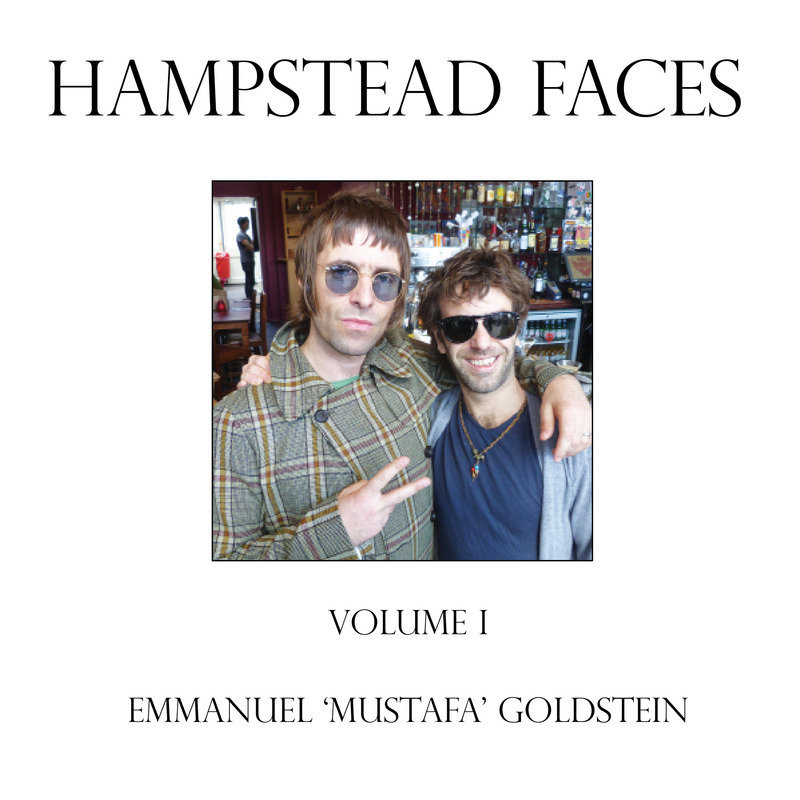 Where to buy Hampstead Faces now £10

Better still get a signed copy by emailing [email protected] 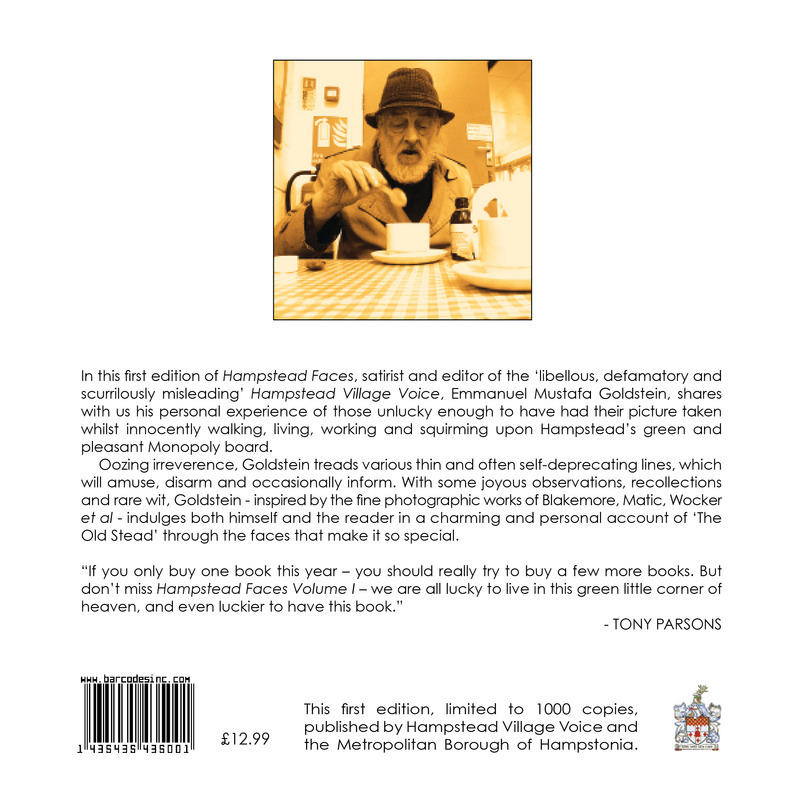 Bronco takes pride of place on the back page and on page 27 of Hampstead Faces, Volume I. 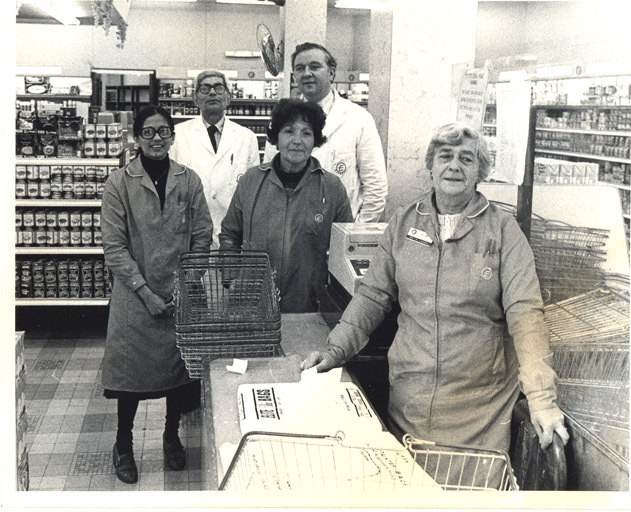 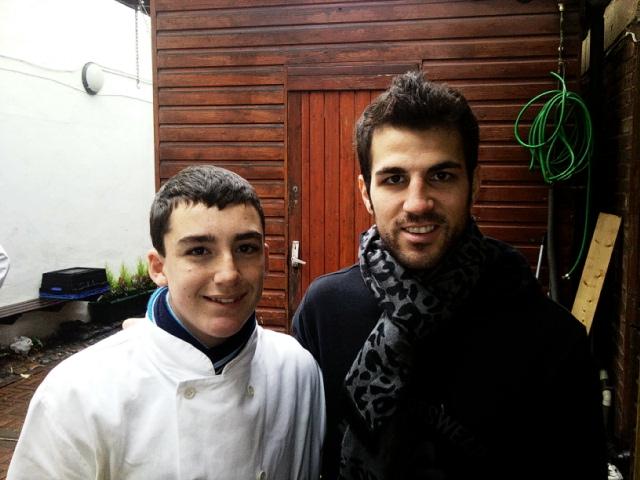 MAYBE this is the last desperate gasp of what Hampstead was about,” says Emmanuel ‘Mustafa’ Goldstein, editor of Hampstead Village Voice, a sort of Private Eye-zine for NW3.

“It might be the last chance for Hampstead, before it becomes too developed, too oligarch-y,” he says. “There is a still a bit of Hampstead which is like it was and what we’ve been trying to do is show that before it is too late. It wasn’t always about people who had too much money that they didn’t know what to do with themselves.”

Hampstead oligarchs are a pet hate for Goldstein. When an upmarket coffee chain opened in NW3 earlier this year, charging more than £3.50 for a cappuccino, he reports: “When I went in there to introduce myself, there was only one oligarch in there. Empty, apart from one oligarch.”

And that’s where Hampstead Faces Volume One, launched on Tuesday, comes in. It’s a compendium of Hampstead’s non-oligarchs: a picturebook of enduring small businesses that have survived the arrival of Tesco, alongside a collection of unpredictable freewheelers washed up by the High Street, masterful storytellers like Rainbow George and Bronco John, those unfathomable old associates of Peter Cook.

Goldstein writes: “Bronco always maintained, if he ever entered the Royal Free Hospital it would kill him. True to his word, he died on his first visit there in January 2005 with over £5,000 in used notes in his famous carrier bags. Had he lived to be a hundred he’d never have spent it: only in Hampstead.”

It is impossible to flick through the book without landing on former stock-broker Ranjit Bolt’s page too, bare-chested and proud.
“Bolty has an OBE,” says Goldstein. “Look at that picture. He is highly thought of. You’d see him with no top on, he didn’t care, or he’d come out in just his pyjamas. And that bag he is holding, he’d made himself out of paper.”

Added into the Faces is a healthy share of celebrities who have made Hampstead their home, but here they are not papped as they stroll the streets. They are photographed – with permission – alongside the local traders they buy from.

Denise Van Outen hugs Ricky the greengrocer. Liam Gallagher embraces Tim Garrett, once behind the bar at the Rosslyn Arms. Cesc Fabregas poses with Ryan Theodorou at Hampstead Seafoods, presumably to the horror of his Spurs-supporting father and uncle.

Lisa Stansfield looks up from a stolen fag at the Ye Olde White Bear, Robert Powell is simply watching a pub telly.

Goldstein says: “These people shouldn’t be followed by paparazzis all around Hampstead. The one with Denise Van Outen, she was being pursued, so I started taking pictures of the paparazzis instead of her. They didn’t like that at all, they didn’t like it the other way around. It made Denise laugh and afterwards she had her picture taken with Ricky. We decided then that we’d always ask before taking a picture and the only person so far to say no is the old England goalkeeper Robert Green. But he wasn’t having a great time at the time, so that was up to him.”

His magazine rails against “Scamden Council”, sometimes ribs the local papers and gently mocks Hampstead’s councillors, with a particularly penchant for Lib Dem Linda Chung, who Goldstein claims to be the most photographed woman in NW3. In his final page, he says he has had to leave her out of the book in favour of a picture of Stevie Wonder.

But maybe there is one face that is missing from the book. Goldstein himself. A man of basketball-player height, cycling around Hampstead’s hills on a bike not much bigger than a Brompton, he has the requisite amount of zaniness to qualify without reservation.

Maybe modesty got the better of him, but his charter that Hampstead’s charm should not be lost to chain coffee shops and big business runs through the Village Voice and the book regardless.

Goldstein says: “People say you have to be rich to live in Hampstead but you don’t have to subscribe to Sky Sports or drink £3.60 cappuccinos. You can live a frugal life, not that the lettings agencies want that. People are being stopped from living there by estate agents who want to see all of your bank account statements – it’s none of their business if you pay your rent on time how you spend your money – or people are being developed out as landlords expand their properties, turning your home into a construction site as they do it and forcing you to move. It’s happened to me. Hampstead Faces is a desperate gasp saying it doesn’t all have to change.”

If you want to guarantee sales for a new book about Hampstead, featuring half its population is probably a good place to start.

It’s also a sure-fire way to get a healthy turnout at your launch, as the writer of Hampstead’s very own answer to Private Eye, the Hampstead Village Voice, can attest.

The launch of Hampstead Faces Volume 1, the magazine’s book spin-off, was held upstairs at Waterstones in Hampstead High Street and attracted a large assemblage of local folk, including many who featured in the book’s pages.

A quirky snapshot of Hampstead life, it comprises nearly 100 pages of photos of the people who help make the place what it is, alongside written profiles of each penned by Village Voice writer Emmanuel ‘Mustafa’ Goldstein.

The likes of Jonathan Ross, Liam Gallagher, Russell Brand and Patrick Vieira, most of whom Mr Goldstein has apparently spotted roaming the streets and promptly accosted for a photo, are included alongside others who are less internationally-renowned, but just as familiar to many Hampstead denizens.

These include Gabrielle du Ploy, owner of Zebra One Gallery in Perrin’s Walk, “Rainbow” George Weiss, who is something like Hampstead’s answer to Screaming Lord Sutch, and the Ham&High’s long-serving photographer Nigel Sutton.

Mr Goldstein, who has been known to have the odd pop at the Ham&High, said the book came out of the regular Hampstead Faces page in his magazine, which is approaching its 20th edition.

“Over a period of time, quite a few famous people appeared in it,” he said,

“What’s nice about that page, you might have Rob the fisherman and Russell Brand on the same page.

“It’s a nice leveller, everyone gets their there little bit.”

He added: “That’s the idea of the Village Voice – to get some community cohesion, because Hampstead is becoming a bit of a Monopoly board for developers and the super rich

“It’s not traditionally like that. The dynamic of Hampstead has changed a lot, it’s become a bit elitist. But there is still a strong community here and the idea is to try and keep that going.”

"Although very entertaining, it's unlikely that we'll be reviewing it. A touch too local. Sorry about that...." 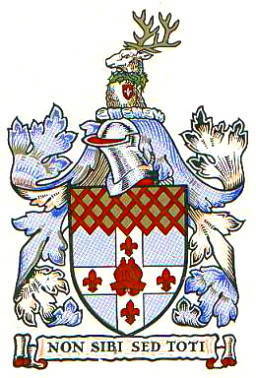